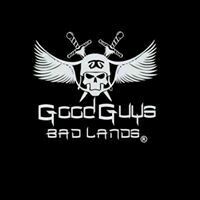 We are pleased to   welcome you on our store..

What is Good Guys A.P.S.Good Guys A.P.S. is a cultural non-profit association, born with solidarity purposes in order to be able to offer tangiblecloseness to the staff part of the security and defense sector. “No operator will be left alone” is its mainmotto.Who are Good Guys They are operators who can count on other operators inthe security and defense sector who live their jobdaily as if itwere theirvocation.

Lovefor the Country, Respect for the Institutions and Solidarity towards all armed brothers, are the necessary conditions in order to be able to fully embrace the cause andthe goals of this association.PurposeThe purpose is to create a strategic cohesive point between thestaff of this sector and the institutions.

It is to deeply instill in thecommunity the value of Brothers in Arms through the authentic respect and appreciation for the work done both bymen and women in uniform.What Good Guys A.P.S. doesGood Guys promotes the true culture and value of institutions at 360 °, showing the man that lies behind every uniform.

Thehuman side of Good Guys has already involved, in over50 different countries, over 10,000 operators worldwide, whom have finally found in the association an authentic place wheretogive and receive real support by sharing among equals.

Over the last few years, we haveexperimented the numerous advantages of peersupport: acceptability, closeness and the reduction of the risk tied to stigmatization just to name a few (which can be high when contactinga specialist, even higher if within theadministration).How?• Thanks to the passion of our associates: a diversificationofrealities that constantly creates space for all colleagues,nobody excluded;• Thanks to numerous concrete initiatives that have transformed Good Guys A.P.S. into a solid international and national reference point for operators in the sector,whom received numerous certificates ofesteem, also from institutional bodies: this is clear proof.Some case studies• BlueLight” promoters, which was the firstfoundation to support Maltese first responder operators and their families.Forthis initiative we were receivedin Malta by the President of the Republic, Marie Louise Coleiro Preca.

• The establishment of theinternational LeonidaInternational Award, an award from “operators tooperators”, which will tribute annually those who always found the strength to get back up afteradversities, becoming therefore a strong examplefor the community itself.

• Fundraising, through for example shooting competition sports, in order to support the relatives ofcolleagues whom have died or have been injured during service, with the aim of helping,throughmoral and non-moral closeness, the psychophysical recovery of all staff.

• The total value of donations achieved to support the staff of the sector: over 30,000euros.Thelowest common denominator of every activity undertaken was to research andestablish a connection between theinstitutional realm and civil society.

Attached you may find an in-depth reportwith all the "concrete" support activities in order to get a better understand of what good boys is all about.

"Nobody will be left behind"

"No operator will be left alone"

Societyrarely understands the daily responsibilitiesand sacrifices necessary when it comes tochoosing to be part of an armed body of the state with honor. Private life and work become one,

TheItalian Armed Forces, involved from 2009 to 2012in the Afghan scene, were the key protagonists of actionsthathave contributed to raising Italy's international value. This was possible thanksto the professionalism expressed by menand women who, in all their inner power and who put at risk their own life and affections, havenever given up.

During that short amount of time, the top ofthe value has been reached many times through extreme sacrifice; the counting of the dead andwounded, during that period, it is thetangible proof.

2012:just a year had passed since the death of the parachutist Davide Tobini. In his honor, one of his comrades decided to create a showcase through a social network: on one hand tocontribute to raise the human andprofessional perception of the Armed Forces, on the other hand to offer areference point to all operators, in Italy and internationally, seeking for a platform for comparison and,mainly, for mutual support.

Injust a short span of time the page has become a showcase of stories and news from professionals from all around the worldthat, even without knowing each otherand even if living thousands of kilometersaway, shared the same problems andpassions, therefore discoveringthemselves as "brothers".

And it is precisely from thispoint,from this small section of "military" life, that a movement was born; a movement identified earlier only thanks to a logo recognized by tens of thousands of operators around theworld, only to become, gradually, a legallyrecognized entity.Thenumbers: what did “Good Guys”achieve?

of the 185 ° Rgt Parachuters of the Artillery of Bracciano.

2_ Donation of a pressure-cleaner to the FolgoreLogistics Department in Pisa.

militarystaff during the intervention related to the numerous emergencies due to natural catastrophes.Donationvalue: € 3,000.00

4_Support activities in favor of the P.S. agent Mario Vece

A bomb squad of the FlorencePolice Headquarters, was seriously injured duringaservice due to the explosion of arudimentary device during the night of 01January 2017.

, “not leaving him alone”. Mario, given his sense of dutysensitivity, has preferred to give the donations to those he considered to bemore in need,which is the caseforyoung Leonardo, the son of Mauro Di Ceglie, a colleague belonging to the State Police ofRome that had been fighting for over 2 years against a seriousillness.

Daniele,a pupil marshal of the Italian Army who died prematurely during the course of

Weorganized the 1st Memorial at a shootingrangein Pesaro, with the Regiment to which we belong, and donated all the registration fees to the widow Ferrante, also asoldier part

ofthe Army. Again,our mission was to: “not make the colleague's wife feel lonely”.

6_Activities in memory of the agent of P.s. Giovanni Ippoliti.

As part of the bomb squad of theFlorence police station, he was killed during hisservice due to the accidental outbreak ofa rudimentary device inside the PoliceHeadquarters in Florence. In his memory we have organizeda shooting competitionat the shooting range with the presence of the Prefect and a representative ofS.a.p., trade union association.

Onthe occasion, we promoted various initiatives in support of the State Policeassistance fund "Marco Valerio" which focuses its solidarityactivitieson the children of Police colleagues suffering from chronic diseases.

In2018, with the Commander of the Multinational Battle Group Wes, in the awaiting of an important activityCIMIC insupport of a "military-civil"cooperation with the local population, we have been able to donate an AED device to the fire brigade of Suva Reka, a townlocated in the Prizren District. GoodGuyswent directly on site and handedover the life-saving device to the representatives of the localcommunity,demonstrating that the special synergy between association, institutions andpopulation has no boundaries.

8_Support activities for the Malta police

In2018, we organized a solidarity competition at the shooting range with thepatronage of the academy ofpolice. The funds raised were allocated to anoperator who was seriously injured duringhis service.

Subsequently,with various institutional figures, we faced various themestied to the importance ofpsychological support for the injured in service, taking as an example theactivities of

peersupport carried out by Good Guys and on the importance, in this regard, of theassociative category realm.

Foudation”at the Presidential Palace, where we received a personal thanks from the Headof

Valueof the donation: € 2,300.009_Establishment of the Leonidas International Award

Thesame activity in Malta in 2018 was also carried out in 2019. Thanks to thegreat sensitivity